Alien Blackout Review
Alien Blackout is a $5 mobile game. It’s important to point that out because when a $5 game is bad, it’s not that big of a deal. This entire game costs less than some character skins in triple-A games. So I mean it when I say this: Don’t take this review too seriously. I wouldn’t normally bother with this game, but I wanted to for two reasons. 1. You all seem to like when I’m critical of games (way more than when I’m positive.. Seriously, go watch my Call of Duty 4 video… I spent like a million hours making that) and the second reason is that this game draws so much inspiration from Five Nights at Freddy’s that I’m surprised it’s not called “Five Nights at Ripley’s”

I’m cautious not to call it a “clone” or a “rip-off” because that normally ends with vomit in the comments, so I’ll be referring to the game as an “Inspired By” Five Nights at Freddy’s. And honestly, it doesn’t matter if you look at as a rip-off or inspired by Five Nights/Republique, both signal the lack of innovation in mobile gaming. Which I think is the scariest part of this game.

So, here’s what the game is about. It’s a mobile, horror management game starring Amanda Ripley. You’re trapped aboard a Weyland-Yutani space station, which unfortunately is carrying a Xenomorph. Remember this game that everyone loved? Well, Alien Blackout is nothing like that game. In this game, you guide an investigation team around various levels of the ship, all the while the Xenomorph hunts both the team and you.

About Alien Blackout:
he terror of Alien is brought to life in Alien: Blackout. Try to stay alive while trapped aboard a crippled Weyland-Yutani space station carrying a deadly Xenomorph as it tirelessly hunts you and the crew. Outsmart the perfect hunter by making perilous choices. Players must rely on the damaged controls of the space station or risk sacrificing crew members to avoid deadly contact, permanently altering the outcome of the game.

Survive seven fear-inducing levels by remotely guiding Amanda Ripley’s crew through increasingly challenging tasks using only the station’s emergency systems. The uncertainty and unpredictability of both the alien and her crew can impose total defeat for Amanda and the entire station.

Alien: Blackout is a unique fear-inducing horror premium mobile game experience that will test the inner nerves of both Alien and horror fans alike, where life can end in an instant. 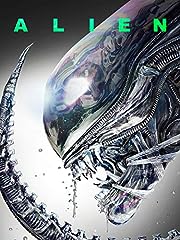 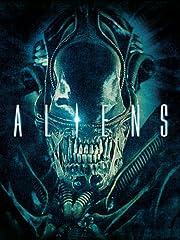 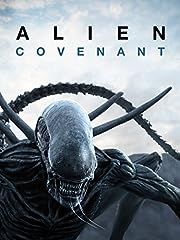 (8241)
(as of October 13, 2020 - More infoProduct prices and availability are accurate as of the date/time indicated and are subject to change. Any price and availability information displayed on [relevant Amazon Site(s), as applicable] at the time of purchase will apply to the purchase of this product.) 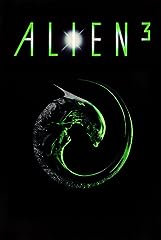 Resident evil 2 remake is the best

When I heard about this game I was like…Cool, I remember the Dead Space Mobile gamesand honestly they were not so bad.

You go from Alien Isolation to this?

the non existant death scenes are a major disappointment, FNAF had better jump scares because they were sudden

Holy frick you did not just trash my phone game you dont know who youve just angered do you?

Indeed. Its nothing excite to play that so called new Alien Blackout game. All i feel is stressful and keep crew alive by behind security cameras? What a bored game. I hope they will reboot that game and make it better game. Alien isolation is best game.

Wow this really is a fnaf clone

Call it a Cloneoff, it’s both a clone and a ripoff, at least it’s only $5, and not fucking $20 like…..some other….”GAMES” “cough” Hunt Down the Freeman “cough cough”., see the reason why FNaF worked is because it tapped into many childhoods, I assume we’ve all been to a Chuck E Cheeses as a kid, which is why FNaF has animatronics that kill you, that is why it works, sure 6+ games of it was a bit too much and the horror turned into annoyance after the first 3 nights, UCN is by far the worst, even with fucking RTX cards it runs poorly. The reason why this game dosen’t work though is because it’s piggybacking on one of the best horror games to ever exist, Alien Isolation made you feel like you were actually there, the animations were well made, but this, this is just a company basically asking for $5 that tbh is too much for this poor excuse for an ‘ALIEN” game, let alone a “sequel” to Isolation.

And this is why nobody wanted a mobile game.

Im sorry but I thought this was way better than five nights at Freddy’s .But im bias im a huge alien fan but bring the hate bitches

imagine the stellar orgasms if they just ported alien isolation…

If the game was about teenagers trying to escape a serial killer and your a security guard leading them out, would be cool. That would be interesting, but’s it’s Alien and apparently a sequel to a really good game. Which is disappointing…

This game broke me

Wonder if it could work on a tablet better

Ultimate custom night and many fnaf fangames are better AND free

Saying this game is like fanf is like saying all FPS and battle Royale are the rips offs or heavily inspired by each other. blackout is in the same genre but not inspired by fnaf. Sorry if i sound bratty

I really like the game. Enjoyed it quite a bit. Didn’t watch the video, just saw this and went, huh, alright, I know people were going off about it being a mobile game before release, and it seems some people still are. Idk. Isolation was fun, Blackout is also quite fun for me and if the reviews that actually get into detail say anything, a lot of people feel the same.

Tbh the reason most people probably didnt watch it is because of the length. If a video is long then I just immediately feel like the video is just fluff

Tbh i liked it allot

I watched Markiplier play a bit of this game and although yeah it’s one of those sorts of games again I enjoyed it since it had it’s own unique twist on it again (just like some of the FNAF fan games). It’s not something I’d play myself, but I’d watch someone play it.

Fnaf was in its prime a few years back but now in 2019 they decide to do a fnaf clone? fucking stupid.

Saw the alien one but as soon as i saw it I was like “omg, stooooop”

Being part of the shitposty side of the FNAF fandom, I deeply apologize for the cheese-gremlins that inhabit 99% of the fandom

Alien Isolation is easily one of the best horror games I’ve ever played, painfully tense and atmospheric. They need to make a proper sequel, not mobile games no one plays.

I think defending it because it’s $5 is ridiculous. Most good mobile games are free, and if you have to pay anything you expect a very good *mobile* game

Jesus, people are still ripping off FNAF like this? I mean sure, you can “inspire yourself” by it but man it just looks so obvious that it takes a lot from the game anyway.

It would be more fun if u play as xenomorph

Pyrocynicals video of him playing this was called five nights at Freddy’s, he saw the future